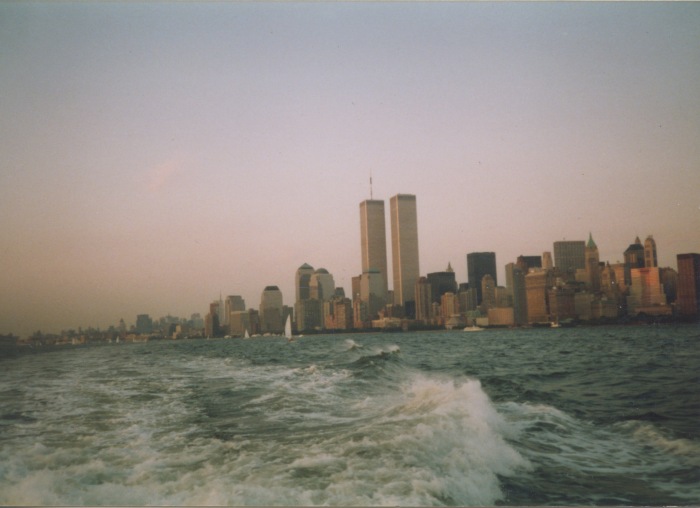 i recently found this photo as i was digging through my archives. i never showed anyone until recently, and even then only a handful of people have seen it. i mention this exact photo and the story behind it in my story below if you have a chance to read it. ❤

the mythology of new york always appealed to me, even though everything i knew about it only existed in films, photographs, and folklore. if you were to ask my thirteen-year-old self where i thought i would live as an adult, i probably would have told you new york city. i wanted andy warhol’s new york. i wanted the velvet underground and joe dallesandro and deborah harry and the factory. i guess i was born too late.

in august of 2001, i was chatting with some friends at a bar in chicago and it was decided that very night that we would fly to new york to see radiohead. we had no tickets for the concert (sold out) and no idea where we were staying. i think i had about $100 in the bank and i had never done a spontaneous trip quite like that. i was scared to death. no plan? no money? a city larger than chicago that i had no idea how to navigate? but i had to do it, something in my bones told me i had to.

at that time, flights would sometimes be incredibly cheap, so we were on our way to newark before you knew it. it was late summer, hot and humid. one of my travel companions had some friends that met us out at a bar. they were tall and leggy in stiletto heels, such tiny, delicate birds. i felt like a blubbery pile of sweaty flesh next to them.

the dynamic of friendships among young women always had a competitive edge to it. hell, sometimes, it still does. now that i am older and wiser, i see how i never learned to handle those feelings of insignificance brought on by its good buddy comparison. most of the social dynamics in school was so exhausting and ridiculous to me that i was just fine being different than the popular kids even though it meant feeling ostracized. whenever those awkward adolescent feelings start to creep back in, i get anxious like a motherfucker. fight or flight takes over everything and all rational thought disappears. my body aches to run away, to take flight, but no. fight always comes first.

all night long, from one bar to another bar, and then to a dance club, i felt hideously out of place. but all of that ended once we got to max fish. now that was a bar i could get into, the vibe was just right. even meg white was there, drinking whisky and playing pinball. the white stripes were still so new that summer of 2001 that i felt like the coolest girl in the world just to be in the same room as her.

the next day after wandering the city, i managed to get myself to where the ferry would take us to liberty state park. i still didn’t have a ticket, but somehow, it all came together in just a few minutes. i found someone selling a ticket, got on the ferry and was on my way to see radiohead for the first time.

the sun was starting to set and the light was changing as we coasted along past the statue of liberty, passing a joint around as i snapped photos. i marveled at the manhattan skyline as the sunset painted a wash of pastels onto the shining metropolis. my eyes drank in the scenery as every terrible thought i had about myself the night before melted away into the water beneath us.

kid koala was the first act, followed by the beta band, and then radiohead played. i was alone for most of the night, moving around the crowd, watching everything from different vantage points, taking in the music and feeling my skin tingle. thinking back on it now, that trip reminded me of how fun it is to travel and see live music. i vowed to do it again soon.

here is the setlist from that night:

like spinning plates
lucky (false start)
you and whose army?
how to disappear completely

when i got home to chicago, i had a couple rolls of film to process, but they slipped my mind. i ended up not getting the film developed for a few weeks. as i looked through the photos, i froze. the manhattan skyline was bathed in that perfect light, exactly how i remembered. it was just a few weeks after september 11 and i was looking at photos that had the twin towers in the background.